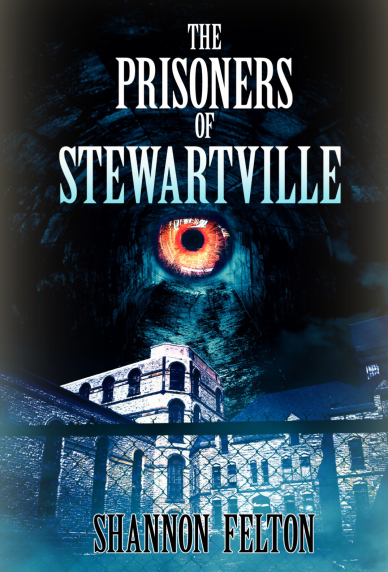 It’s Women in Horror Month 2020 and now, more than ever, so many talented women writers are contributing to the genre that it’s hard to choose books to read for the event.  I’m going to add to that list two new offerings that will be hitting bookstores later this month:  The Garden of Bewitchment by Catherine Cavendish and The Prisoners of Stewartville by Shannon Felton.

The two novels are quite different and written in distinct voices with little in common.  Cavendish writes in an elegant, refined voice that is very distinctly English.  Felton’s style is American, gritty and down to earth, the voice of the streets if you will.  At first glance, it may seem odd to mention the two novels in the same article.  Yet they share one powerful trait.  Each novel is imbued with a powerful sense of place and atmosphere, and both authors do an incredible job of immersing the reader in the locale, mood and atmosphere of their stories.  Cavendish and Felton are exquisitely talented in the way they wield words to tell their stories.  Take a look at the following two passages:

We dragged our feet down sidewalks cracked and choked with weeds, past abandoned storefronts and a market that smelled like old stale blood, and into      neighborhoods with nothing but dirt front yards and rusted chain-link fences.  But the misery itself?  That was like helium, lighter than air, and it quivered above us in the wide open sky so you couldn’t even lift your head in prayer without having to face it.  ⸺The Prisoners of Stewartville

Claire took the left-hand path, walking along past the cottage and deeper into the moor itself, grateful that the rain had stopped at last.  As she strode out, the land became softer, greener.  Behind her, bleak rocks and heather-strewn marsh.  In front of her, the bright yellow gorse gave way to lush grass, cowslips and tall daisies.  A small copse of trees looked as if they might provide welcome cool shade from the sun, which had begun to burn down on Claire’s neck.  ⸺The Garden of Bewitchment

The Prisoners of Stewartville takes the reader to the world of trailer parks and rundown neighborhoods of Stewartville, a city that largely exists because of the nearby prisons.  The first line of the novel reveals the truth that people are in Stewartville for one of three reasons: “they worked for the prisons, they had family in the prisons, or they were in prison.”  The story quickly establishes a mood of poverty and despair, crushing hopelessness, and temporary moments of relief provided by drugs and alcohol.

Cavendish’s story transports us to 19th Century England, a land of quaint villages, rolling hillsides and quiet moors.  It’s a refined, elegant atmosphere of walks through the lovely countryside and afternoon tea.  A definite contrast to the world presented us in Felton’s tale, yet no less powerful and striking.

I enjoyed reading both novels.  With many novels and short stories, what stands out is the plot itself.  The mystery, the intrigue, and the search for love are what drive the story and what remain with the reader after finishing the book.  With authors like Felton and Cavendish, one remembers the mood and atmosphere and the wonderful way the writer wields words as strongly as the plot itself.  They are different, yes.  Felton’s tale at times is violent and bloody, and downright terrifying.  Cavendish’s story is more haunting, eerie, and tinged with a vein of melancholy and sadness.  Yet they are both equally successful at pulling the reader into the worlds they’ve created, and that will doubtless be missed once the reader has turned the last page and read the final paragraph.  I highly recommend both books.

The Garden of Bewitchment will be released on February 20 by Flame Tree Press, and The Prisoners of Stewartville by Silver Shamrock Press on February 25.  Watch for both of these wonderful novels.

Disclaimer:  Electronic advance reading copies of both novels were provided to me by their publishers in return for honest reviews.  I received no monies or any form of compensation other than copies of the books themselves.  The opinions stated herein are my own.

Follow Dark Trails Through the Twisted Wood on WordPress.com